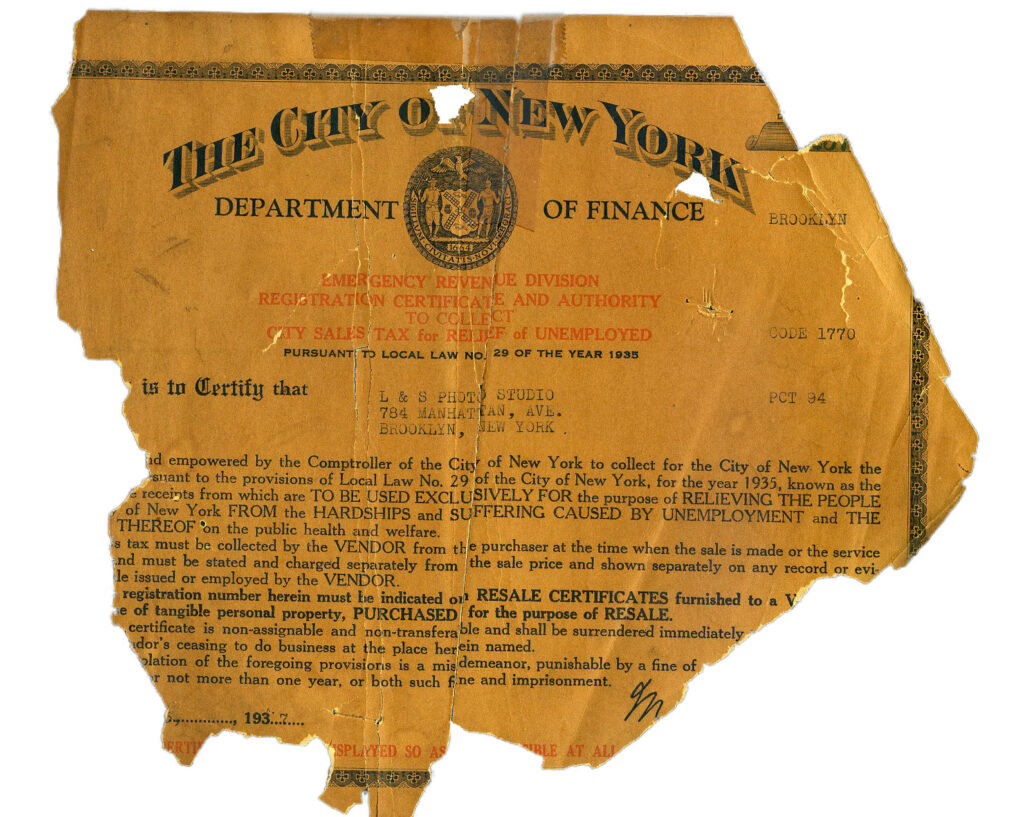 Greenpoint Frames started in 1937 as a film and photo store called L&S Photo Studio. This is the original tax document authorizing the new business to collect sales tax on behalf of the city.

Oscar Lieberman and Saul Wilchinski ran L&S for 40 years in the 784 Manhattan location, selling cameras, lenses, and film among other photo-related items. They also had a film developing service as well as a small portrait studio.

In the late 70’s, with Saul’s health waning and retirement age approaching, they both agree to sell the store. The business was healthy, after all, and they wanted to pass on their good fortune to someone in the next generation.

Enter Paul (Good) and Yang Ja Kang, energetic and warm-hearted young bankers from Korea. Oscar and Saul formed an instant rapport with them, and decided they were the perfect people to carry on the business. For the next couple years Oscar and Saul mentored the young couple who would become the face of the business for the next 40 years. 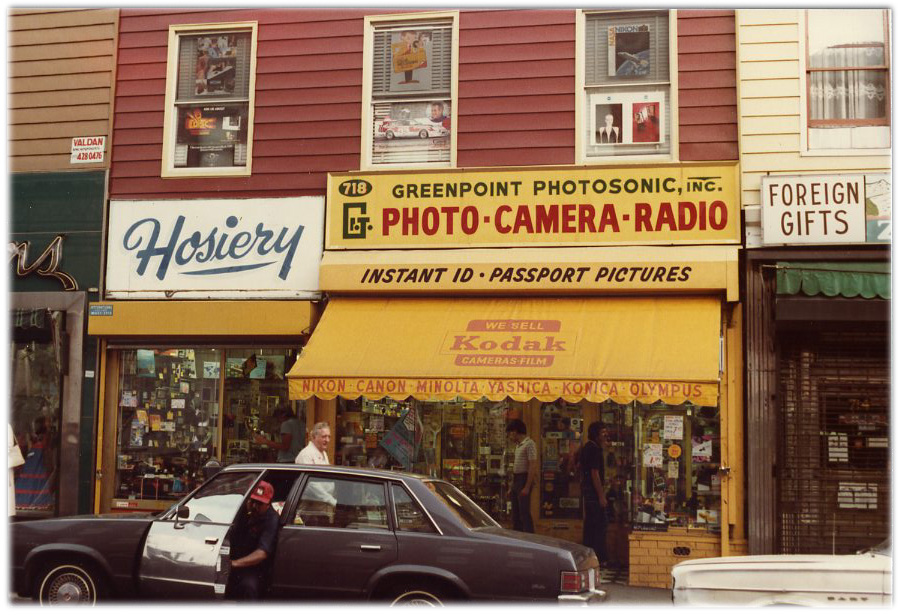 Paul and Yang moved the business to 718 Manhattan in 1981, whereupon they changed the name to Greenpoint Photosonic. They expanded the store’s offerings to include a wider variety of camera brands and equipment in addition to radio goods. 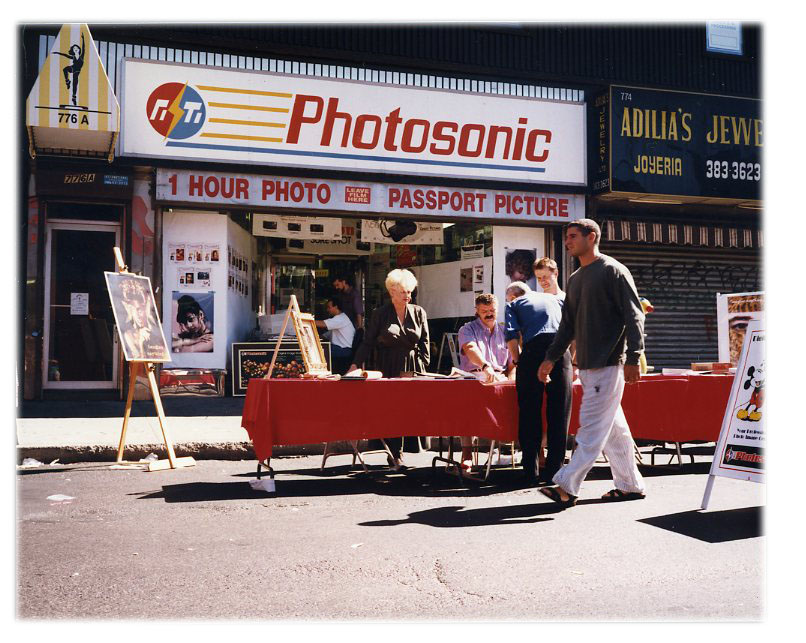 In 1986 Photosonic moved to 776 — yet another location on Manhattan Avenue! Here they continued to provide the Greenpoint community with high quality electronic equipment and photo services. 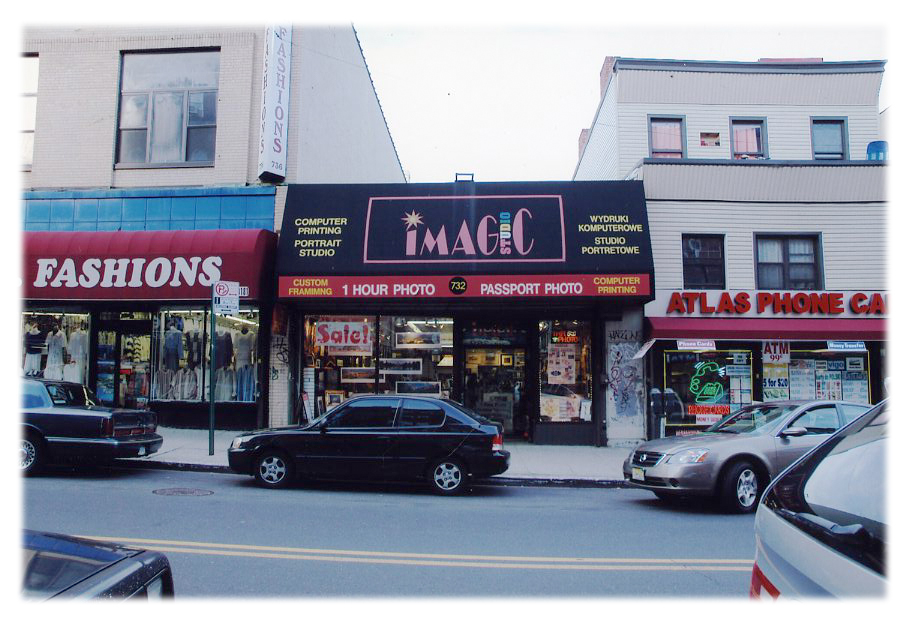 In 1996 Paul and Yang again moved the store to 732 Manhattan Avenue, this time to realize their grand vision — Imagic Studio. Imagic was a one-stop imaging shop where you could get everything pertaining to image-making done — everything from professional retouching and printing to studio portraiture and CUSTOM FRAMING. Yang quickly became the hottest go-to frame designer in North Brooklyn and established many loyal relationships. They operated at this location until preparing for retirement in 2015. 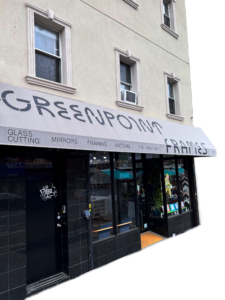 At this time they could have simply closed the business and gone golfing. Instead, they remembered the kindness Oscar and Saul had shown them years before and decided to bestow this same kindness on a new owner. They moved the business to its current location at 937 Manhattan Avenue and began the search. 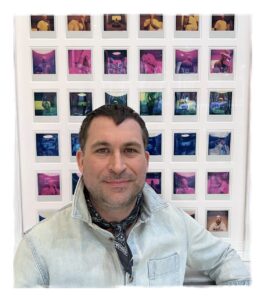 In 2016 Adam Collignon walked in the door and the rest is history. Paul and Yang mentored me until 2018 when I officially took full ownership of the business, and I hope to run it for 40 years like Paul, Yang, Oscar, and Saul before me. In 2020, amidst a global pandemic and radical social change, the Greenpoint community has continued to show us the love and support that’s sustained us for the past 80 years. To show our appreciation and continued dedication to this community we decided to change our name to GREENPOINT FRAMES